Learn how to build a successful cloud security monitoring strategy. Download our e-book.

So far we know that our chosen target allows us to overflow a buffer. We have also found that this vulnerability has let us overwrite the EIP which means we can insert the address of a command we might want to run. Then we found the address of a ‘Call ESP’ command which will enable us to run our code. Let’s push on then…

In the last article, we had run our code to insert the address of the ‘Call ESP’ command and a load of NOPs. If we carry on from where we left off and step through to the next instruction, we can see we are returned to the stack into a series of NOP (0x90) instructions (See Figure 7). These instructions do not perform any function by themselves, but makes the exploit more robust since the exact address we are aiming for may change slightly depending on the system. This is known as a NOP sled. 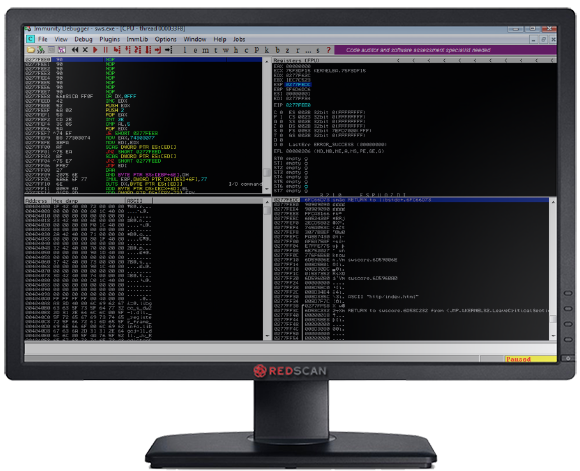 Okay, we can now slide towards our malicious code but first we must create that code, inject it, find it and make sure it runs. Below, we will make sure it runs and create a way of finding the code once we have created it and injected it.

Making Sure the Injected Code Runs

When attempting to exploit buffer overflows, most likely you will find some characters cannot be injected. For instance the null byte (0x00) acts as a string terminator and as such if you added it into the malicious payload, any characters after the null byte would not be executed. To determine which characters we cannot use in our malicious application, we inject all possible ASCII characters into the application and then compare them with the contents of the systems memory using mona.py. The below code injects all possible ASCII characters:

If we run this script against our application, it will crash. We can then use mona.py to compare which characters in memory have become corrupted as per Figure 8. We can then remove these characters from our script and run the process again until mona.py shows that no invalid characters are still being injected, as per Figure 9. From this process, we determine the following characters cannot be used in our exploit: “x00x01x02x09x0a”. 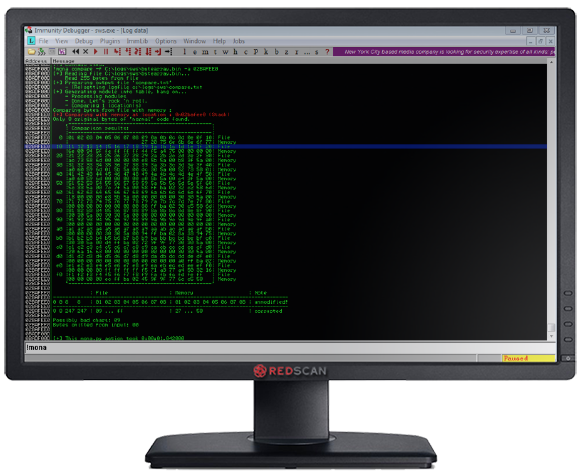 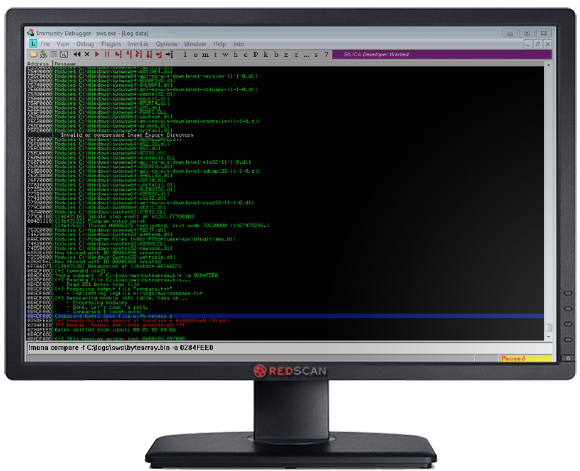 How to Find the Malicious Code

Now we can control the system’s EIP, we need to inject some malicious code. Since we don’t have a great deal of buffer space, we will insert some Egghunter shellcode. This is a small piece of code which will search through the systems memory looking for 4 bytes repeated twice – in our case “w00t”. We will ensure when we plant our shellcode in memory we will prefix it with “w00tw00t”. Once the Egghunter finds this combination of bytes, the code after this value is executed. We’re executing 32 bit server code with a 64 bit processor, and as such Windows WOW64 subsystem will be invoked. We can’t use the int 2e interrupt that we would use on a native 32-bit system. Our Egghunter code in hexadecimal is as follows: x33xD2x66x8cxcbx80xfbx23x75x08x31xdbx53x53x53x53xb3xc0x66x81xcaxff x0fx42x52x80xfbxc0x74x19x6ax02x58xcdx2ex5ax3cx05x74xeaxb8x77x30x30 x74x89xd7xafx75xe5xafx75xe2xffxe7x6ax26x58x31xc9x89xe2x64xffx13x5e x5axebxdfx90x90 In another article, we will tackle Egghunters in more detail but for the moment, accept that this code will search for our ‘flag’. In the code, we can see our Egg value (x77x30x30x74) encoded in hexadecimal.

This time we have had a lot of preparation to do. Identifying which characters we can use and devising a way of finding our code once we have injected it. Next time, we get to select the code we want to use, remove the offending characters, prefix it will “w00tw00t” and away we go.